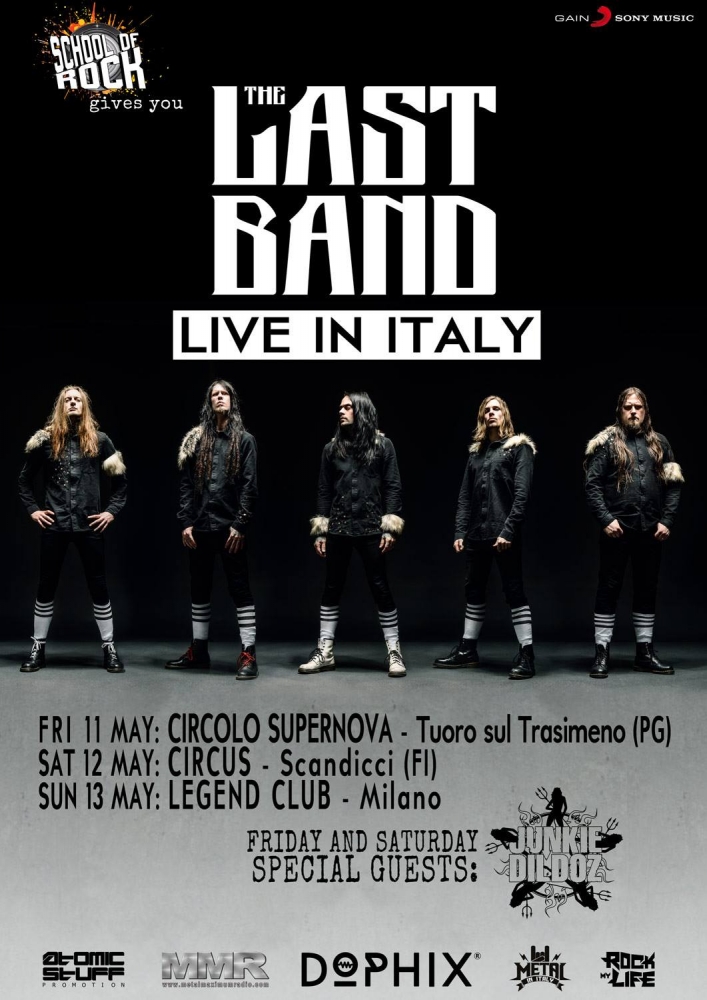 After the successful European tour together with Fozzy and Hardcore Superstar, which also headed to Italy last November with three powerful shows, the Swedish wild animals from The Last Band are ready to come back to our country with three exclusive shows.
Founded in Göteborg, Sweden, back in 2011, the band easily and quickly got the attention of both fans and insiders of the music industry and in 2015 gave print to the debut album “Rats Of Gothenburg” via Rambo Music. The mix of hardcore and metal of the band creates a unique and personal sound: proof of this is the second album "The Fall", published by GAIN/Sony Music in November 2016, followed by a promotional tour in Europe with Avatar. The single "So What" (2017) is the trailblazer for a new European tour, after which the band entered the studio to record the third album, “Hisingen”, that is likely to be published next fall. The first Italian mini-tour as headliner promoted by School Of Rock will be anticipated by the new single “They Say”. These are the dates:
May 11 Circolo Supernova, Tuoro sul Trasimeno (PG) + Junkie Dildoz
May 12 Circus, Scandicci (FI) + Junkie Dildoz + Nasty Ratz
May 13 Legend Club, Milano (Rock In Park) + Under Static Movement + Browbeat + This Broken Machine
Web/Social Links:
“White Powder” video: https://youtu.be/aMDWpZc6GEQ
“The Hunt” video: https://youtu.be/QDSuHn2FZEM
Streaming sites: https://tlb.lnk.to/rxf7O
Website: https://www.skinnybitches.se
Facebook: https://www.facebook.com/TheLastBandmusic