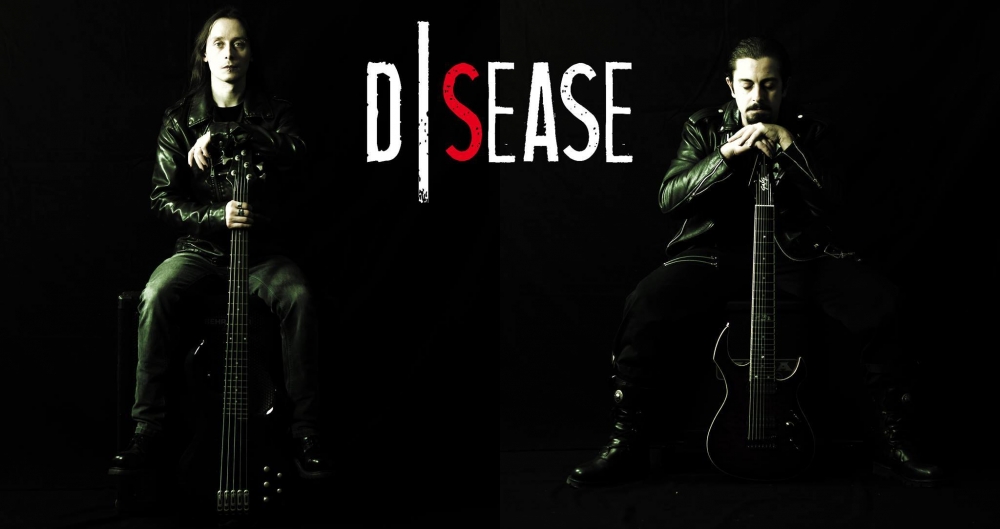 DSease was born three years go from the ashes of a Rammstein tribute band called Kardiod. The four-pieces combo composed by Alberto Niccoli (Lead Vocals, Bass), Fabio Balducci (Guitars), Gabriele Lasi (Drums) and Massimiliano Pretolesi (Synths), started a new original project which mixes Grunge influences, Electro Rock and Metal music elements. The lyrics of the new songs could be described as introspective and gloomy, while the sound is characterized by an unusual but intriguing mix of distorted bass, synths, scratching vocals, a massive guitar attack and a well focused drumming, perfect to enhance the whole experience included in "Rotten Dreams". The album was recorded and mixed by Fabio Balducci, with the support of the whole band. "Rotten Dreams" is the result of this unusual and fascinating vision. Despite Gabriele and Massimiliano departures after the recordings, the two remaining members decided to keep the project alive, putting all their inspiration and energy in this artistic experience. The booklet concept is a journey through abandoned and semi-destroyed mental hospitals, while the cover arwtork, made by Agata Borghesan, reflects exactly the path that DSease want the listener to take: the world of "Rotten Dreams" and the illusion of escaping its paths.
<iframe width="560" height="315" src="https://www.youtube.com/embed/OY1GtPWx5eY" frameborder="0" allow="autoplay; encrypted-media" allowfullscreen></iframe>