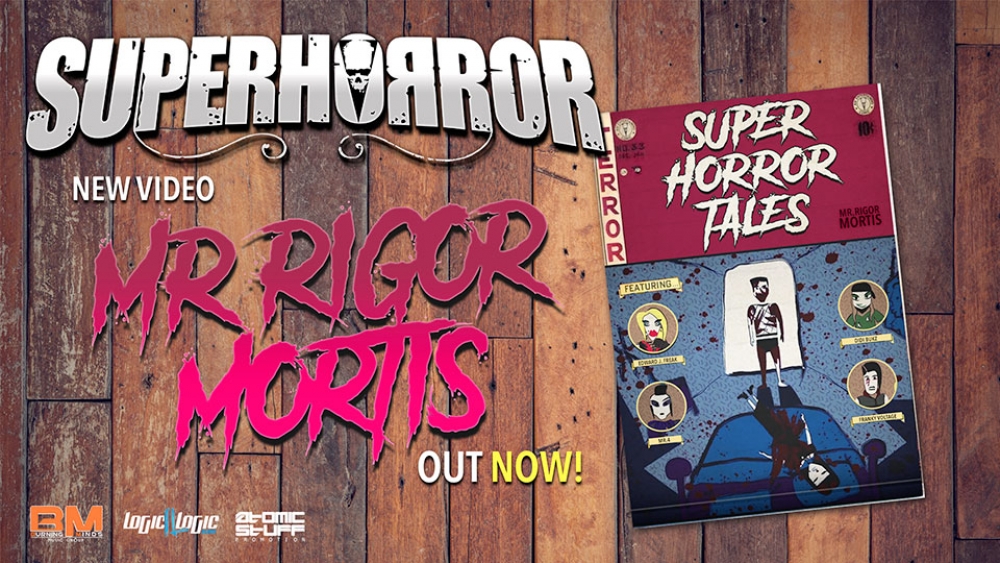 The videoclip of “Mr. Rigor Mortis”, third single taken from Superhorror's new album “Hit Mania Death” is out now! The fourth studio album of the kinky Italian living dead band has been released on October 27th, 2017 by LOGIC IL LOGIC Records / Burning Minds Music Group, distributed by Sound Trek in Italy, AnderStein Music in Japan and Plastic Head in the rest of the World. “Superhorror have always been some kind of flesh and bones cartoon  – explains frontman Edward J. Freak –  an animation videoclip can express the band's spirit in the best way! It's like watching an old 'Tales from the Cryptkeeper' episode”! The video has been realized by Valentina Piccoli (www.behance.net/valentina_piccoli).