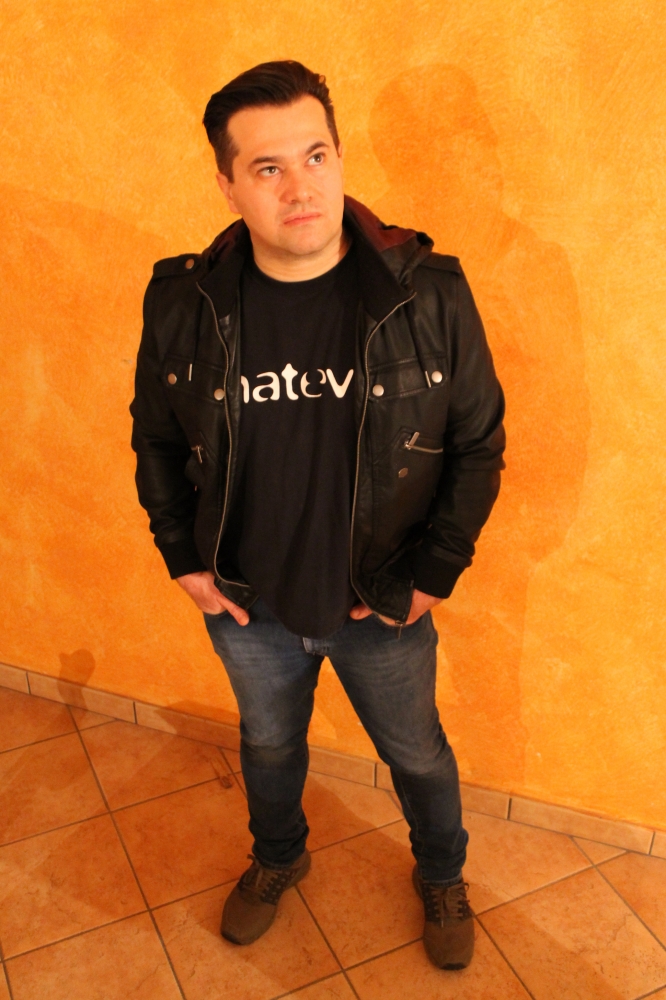 Born in Brescia (Italy) in 1976, Oscar starts playing the bass in several bands during his high school years; in 1999 he graduates at NAM (the renowned music school founded by Italian musician Tullio De Piscopo) as sound engineer, working both live and in his own recording studio. In the late 2000's he's the co-founder of record labels Street Symphonies and Logic Il Logic Records, contributing to their success for over 10 years, before engaging in a new chapter of his musical career. The idea for this project was born by chance, when a group of friends decides to enter the studio to record something together: Oscar takes a challenge and composes some tracks, using his experience in different bands where he always contributed to the lyrics and songwriting process. After many years spent recording other artists' songs, he really wants to try to create something simple and catchy: his work, deeply inspired by his early music influences, can be defined as a hard rock/80's glam melodic rock, featuring a 90's new punk touch and modern vocal lines. At this point, the project only needs a name, something easy to remember whose meaning can be shared by many listeners. The monicker Monday Shock is finally chosen: isn't Monday a traumatic day for everyone? Even nowadays, in a crazy fast-paced modern society, waking up on a Monday morning can be quite shocking for the majority of people: “Rude Awakenings” is thus the title of the project's first work, where Oscar involved several musicians met during his sound engineer and label owner career. Among them, Enrico Dabellani, a talented guitarist in many well-known cover bands who actively took part in the songwriting process, and Nicola Iazzi, bassist for many rock and metal acts (Embryo, Firmo, Hardline, Candies For Breakfast) and current session bassist for Achille Lauro. The line-up is completed by singer Alessandro Marchi: already known as a young gifted drummer, Oscar fortuitously discovers his modern fresh voice and asks him to join in to feature his charming timbre in this project. Special guests are drummer Fabiano Bolzoni and Airbound keyboardist’s  Alessandro Broggi. “Rude Awakenings” was recorded, mixed and mastered by Oscar Burato at his Sonic Bang Studio in Isorella (Brescia, Italy) between the end of 2019 and the beginning of 2020.