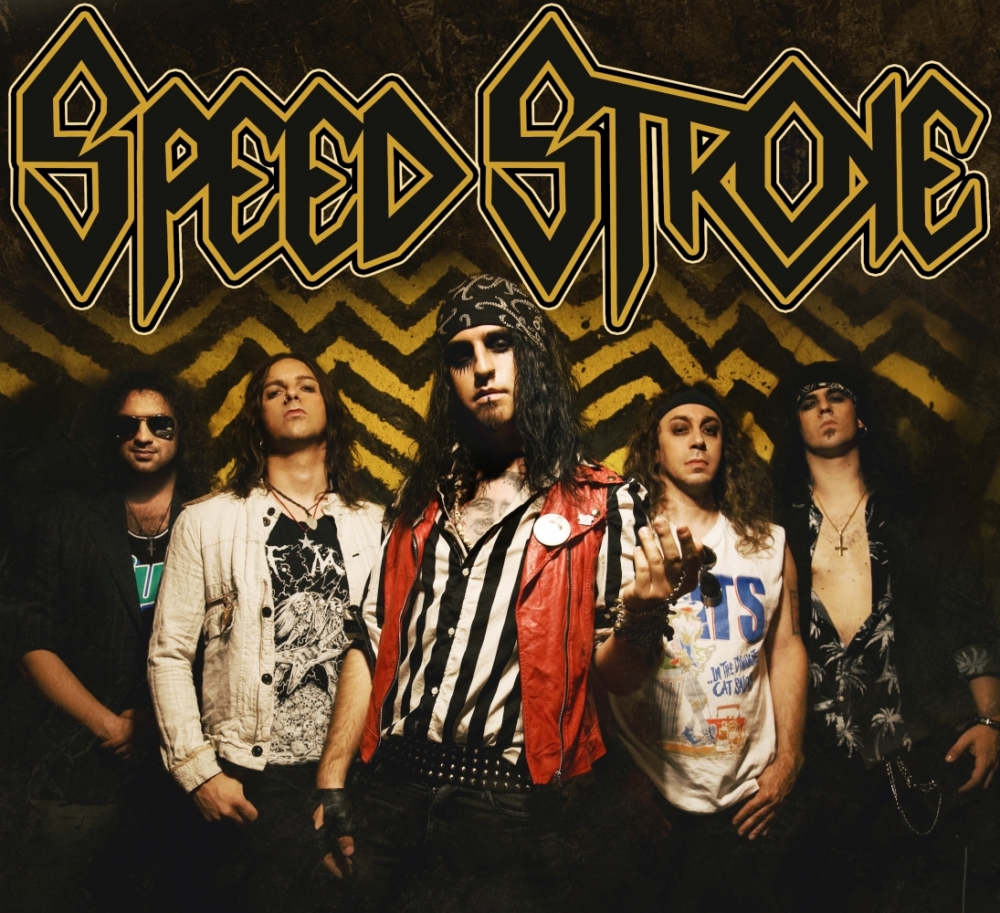 Street Symphonies Records & Burning Minds Music Group are glad to announce the signing of Hard Rock 'n' Roll band, Speed Stroke, for the release of their new official studio album “Scene Of The Crime”.
Founded in Italy in 2010, Speed Stroke were introduced to the international rock scene in 2011 thanks to their involvement in "Reborn In Sleaze", an official tribute album released in memory of Dave Lepard (Crashdïet). In March 2013 the band launched its S/T debut album via Buil2kill Records, warmly welcomed by critics and fans.
Thanks to the deal signed with Bagana Rock Agency, Speed Stroke had the chance to promote their work all around Italy and abroad, playing more than 200 live shows in the first 3 years, sharing the stage with artists such as Shameless/Tuff, Labyrinth, Sister, Tigertailz, Kissin' Dynamite, 69 Eyes, Confess, Living Dead Lights, Hardcore Superstar and Steel Panther.
Their second work "Fury", released via Bagana Records in 2016, allowed the band to expand in the European scene; the song "Believe In Me" had also been chosen by Spotify to be featured in its major hard&heavy playlists like New Metal Tracks collecting, Arets Rock & Rock Idag (Spotify Sweden), Discover Weekly and many others, collecting more than 600'000 total plays worldwide.
The Italian leg of the "Fury Tour" brought Speed Stroke on stage with some awesome acts like Reckless Love, Santa Cruz, The Cruel Intentions, Backyard Babies, Hardcore Superstar, Gotthard, Phil Campbell, Crazy Lixx and 69 Eyes, plus many other explosive shows in clubs and festivals in Germany and Sweden.
The band was also invited four times to celebrate the anniversary of famous venue Paunchy Cats in Lichtenfels (Germany) with Hardcore Superstar in 2016, Babylon Bombs' reunion show in 2017, Crashdïet 's reunion tour in 2018 and Tyla's Dogs D'Amour in 2019. On September 1st 2018 they debuted in the UK at HRH Sleaze 2, at the O2 Academy in Sheffield.