Till The Morning Light

Sneakout Records is proud to announce the signing of Poisonheart for the release of their debut album “Till The Morning Light”. Founded back in the second half of 2000 by mastermind Fabio Perini, Poisonheart started their career as live cover band, touring extensively in the north of Italy to build their reputation of classic glam/punk-rock band, with roots firmly planted in the sound of the golden years. Soon the punk elements were left behind to introduce a more mature and personal sound, influenced not only by classic glam/sleaze rock music, but also featuring new influences coming from dark 'n' roll territories. For this reason (and after a lot of line-up changes), the new "updated" version of Poisonheart finally took the decision of entering the doors of Atomic Stuff Studios under the artistic guidance of producer and sound engineer Oscar Burato, to record their long awaited debut album "Till The Morning Light". After one year of hard work, "Till The Morning Light" is now finally completed, and ready to be released on October 27th, 2017 via Sneakout Records. The cover artwork has been released by newcomer photographer Michele Gusmeri, who showed his talent in capturing the perfect "light/shadow" dualism that represents the main concept behind the sound and lyrics of "Till The Morning Light". 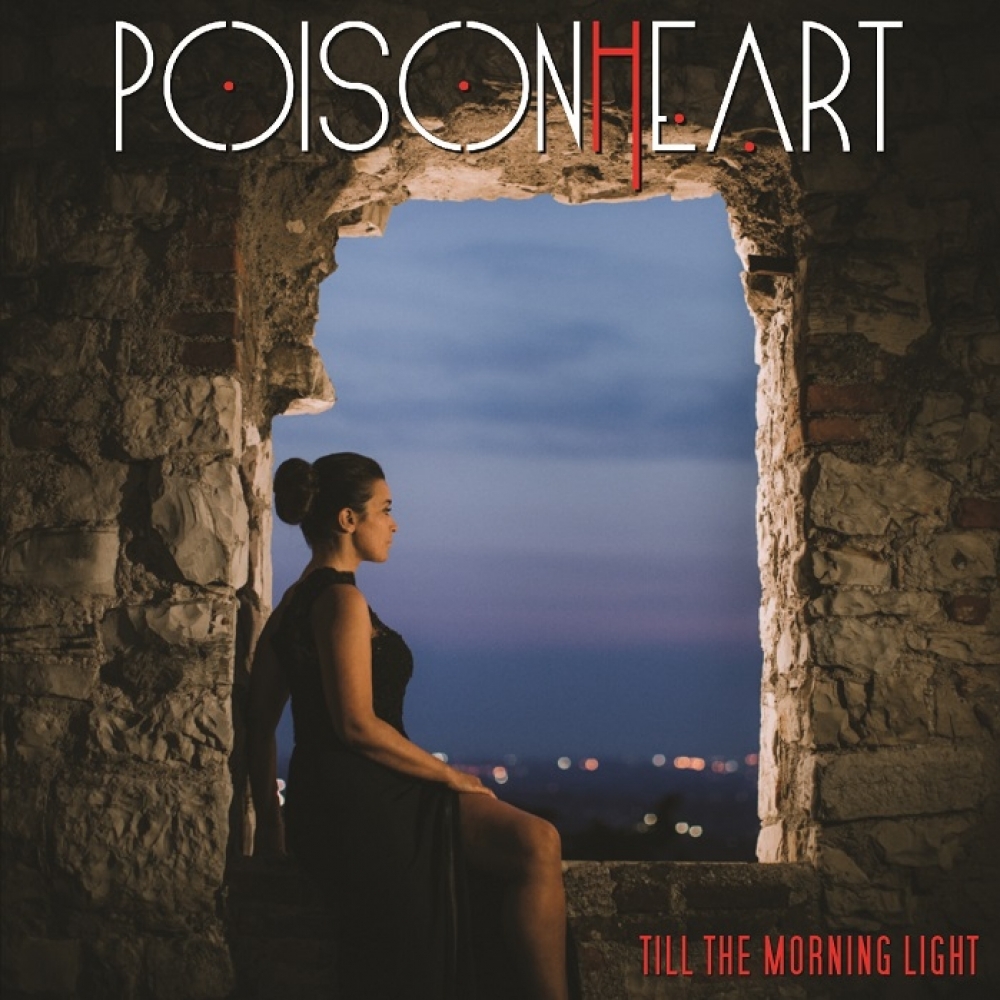