Art Of Melody Music & Burning Minds Music Group are proud to announce all the details of "From Now On", the first official solo album by Swedish AOR singer, keyboardist and songwriter, Thomas Lassar.

Thomas started to play piano as a young child, encouraged by his mother. He quickly began playing in local bands in Sweden until the late 80's when, together with his bandmates, he formed what became then one of Sweden’s most loved, cult, AOR bands, Crystal Blue. Having worked as keyboard player and backing vocalist on the first two albums ("Out From The Blue" in 1993 and "Caught In The Game" in 1994), Thomas took the microphone duties for the third Crystal Blue album, "Detour" (released in 2003 by MTM Music). Despite highly-positive feedback from media and fans all around the world, the band split up.

After years spent performing as session musician for various artists (Last Autumn's Dream & Charming Grace between others), Thomas felt it was time to go into the studio and start writing and recording some unreleased material, during the pandemic while the world was in lockdown. The result was ten classy AOR tracks, which Thomas sent to Burning Minds Music Group's A&R team for evaluation. Excited by what they heard, label manager Stefano Gottardi and A&R man, Pierpaolo "Zorro" Monti, immediately contacted Lassar to offer him a deal. The feeling was almost immediate, thanks also to Zorro and Thomas’ collaboration on the Charming Grace debut album, back in 2012.
"From Now On" is going to be one of the highlights of 2023, especially for fans of Scandinavian AOR, with a sound reminiscent of other Swedish melodic rock acts like Crystal Blue, Work Of Art, and Crossfade. It also features Rob Marcello (Danger Danger) as very special guest on three tracks. The release is scheduled on April 14, 2023 via Art Of Melody Music / Burning Minds Music Group, in perfect timing to celebrate the 20th anniversary of the release of last Crystal Blue's album, "Detour". The CD booklet features introductory liner notes written by Jörg Bonszkowski (Rock It! Magazine, Rock Avenue Radio Show), with graphics created by Aeglos Art.
The first single, "Whatever I Do", will be launched with an official video on March 2nd.
Tracklist:
01. When My Ship Comes In
02. Losing Faith
03. Whatever I Do
04. In Control
05. Back Where I started
06. The Beginning Of The End
07. The Only One
08. Turn Back Time
09. Take Me Higher
10. From Now On
Line-up:
Thomas Lassar: Lead Vocals, Backing Vocals, Keyboards
Fredrik Fernlund: Guitar
Åke Jennstig: Bass
Fredrik Åkermo: Drums
Special Guests:
Henrik Johansson: Guitar Solo on track 1
Rob Marcello: Guitar Solo on tracks 3, 7, 8
Mats Lariand: Acoustic Guitar on track 4
Michaela Lassar Persson: Backing Vocals on tracks 1, 2, 3, 6
Web/Social Links:
www.facebook.com/thomaslassarofficial
www.instagram.com/thomas.lassar.official
www.facebook.com/artofmelodymusic
www.burningmindsgroup.com/art-of-melody-music
www.instagram.com/burning_minds_music_group

DEAL WITH ART OF MELODY MUSIC

20-12-2022 - Art Of Melody Music & Burning Minds Music Group are proud to announce the signing of Italian AOR sensation, Nightblaze, for the release of their official debut album. 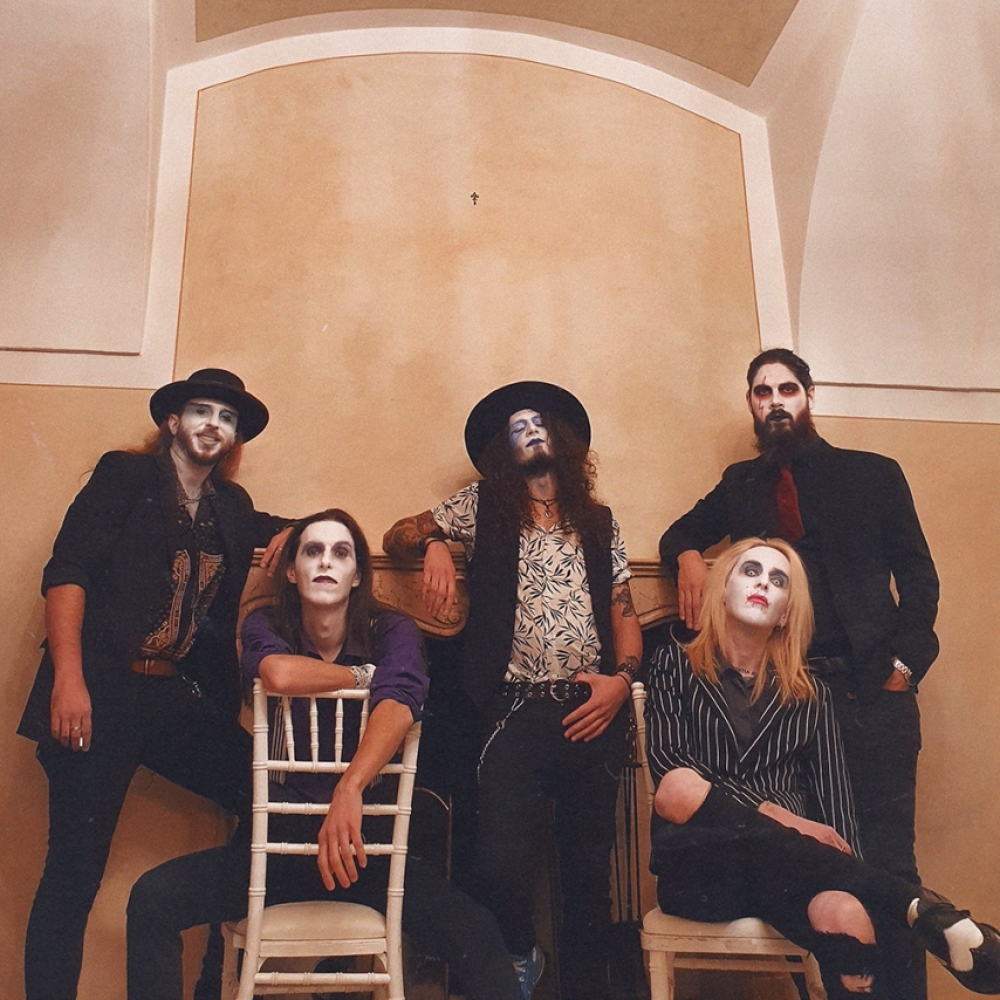 16-12-2022 - The Italian horror-rockers Superhorror, who recently welcomed Vale as the new bass-player, will release their new full-length album “Devilish Whisper” in the first half of 2023.

DEAL WITH ART OF MELODY MUSIC

14-12-2022 - Art Of Melody Music & Burning Minds Music Group are excited to announce the signing of Swedish AOR singer, keyboardist and songwriter, Thomas Lassar, for the release of his official debut solo album, "From Now On".