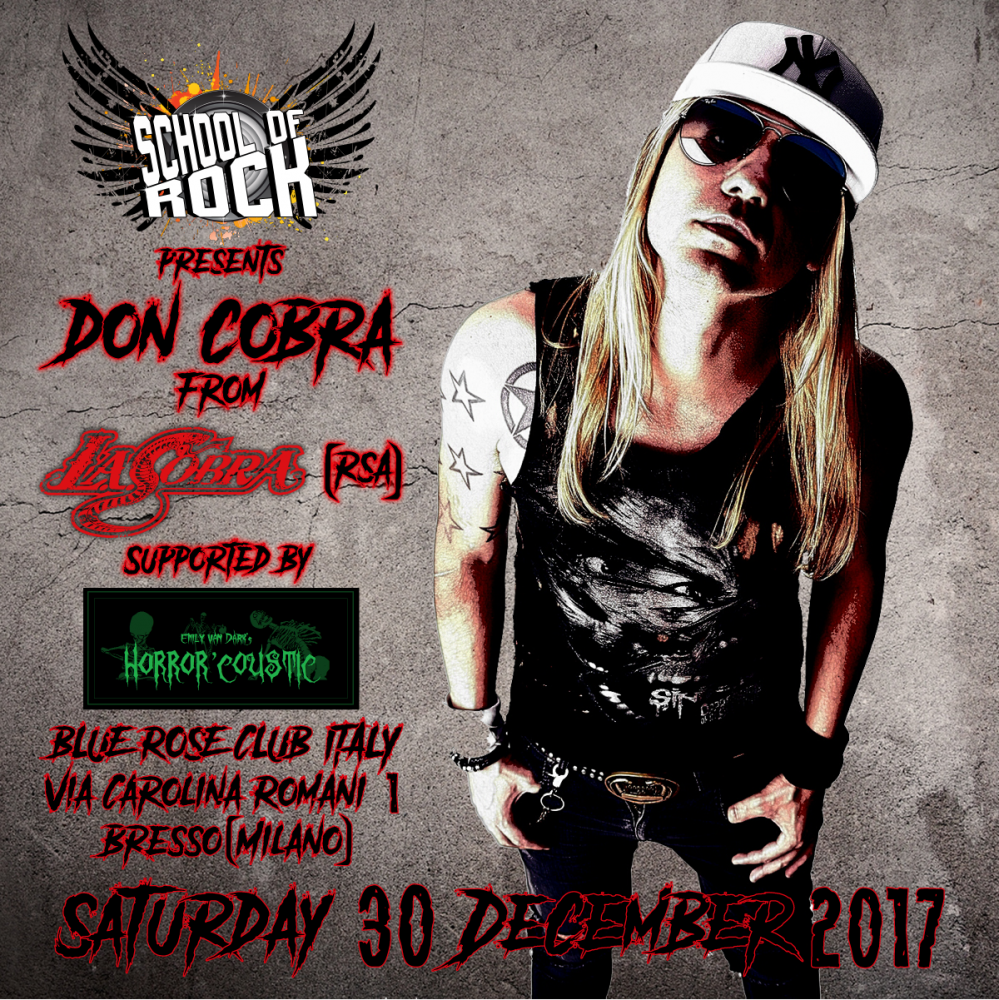 Don Cobra, Frontman/Guitarist from the only Sleaze Rock band on the African Continent, L.A. Cobra, and Actor of local comedy movie Bustin Chops The Movie (2013), will strike Italy at the end of December. He will perform in Milan at the Blue Rose Club, Via Carolina Romani 1 on the 30th December 2017. It’ll be Don Cobra’s third international tour, and a full Scandinavian/European tour with L.A. Cobra will follow in 2018 in support of “Shotgun Slinger”, the new L.A. Cobra album released on 7th October 2017 and mixed, mastered and produced by Swedish rockstar Martin Sweet. Earlier this year Don performed at the The Sleazeball 2017, in Adelaide, Australia, alongside with members from Crashdiët. Cobra also performed with Duncan Faure of The Bay City Rollers and Rabbitt, Shaun Morgan of Seether, and was a special guest for Stealing Love Jones, when supporting Maroon 5 and One Republic in 2009 on their South African tour. Cobra also performed nationwide at the biggest festivals in the country, and featured on various televised shows in South Africa and in the UK.