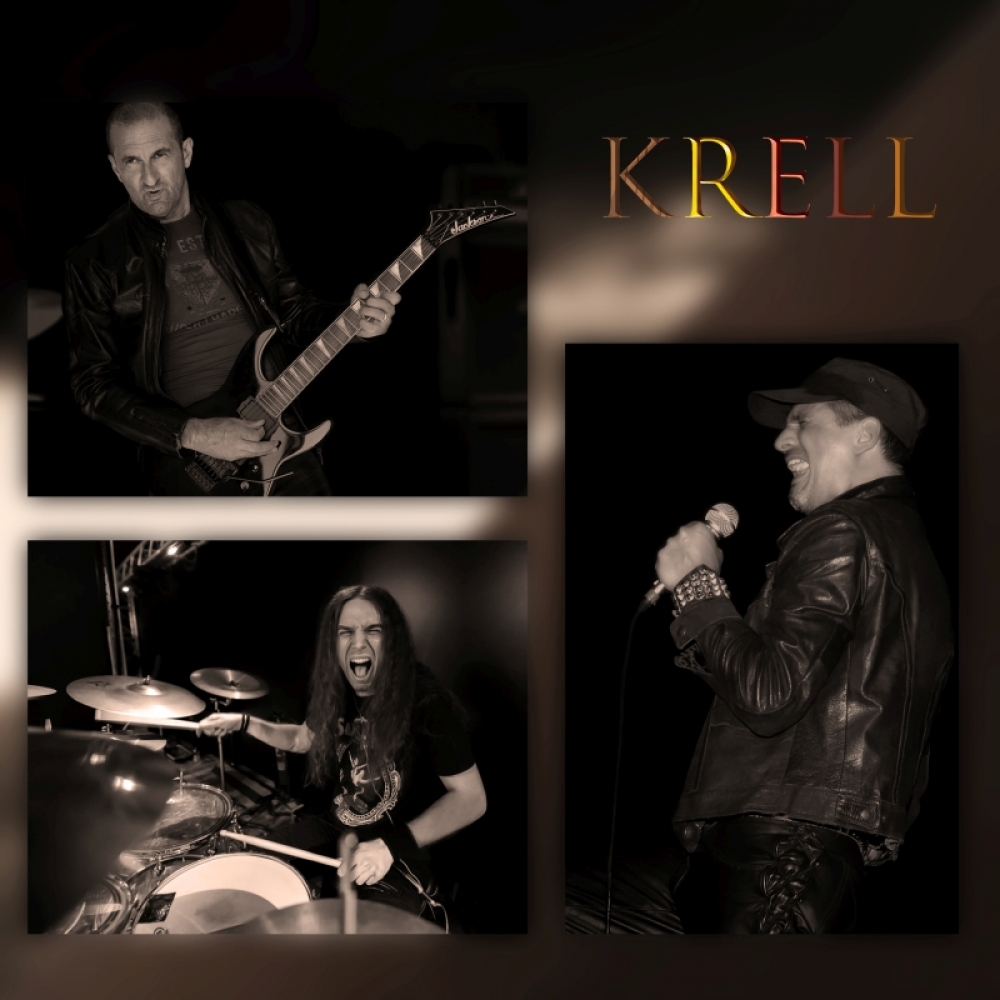 Sneakout Records & Burning Minds Music Group are glad to announce the signing of Italian hard & heavy project Krell for the release of its debut album "Deserts”.
“Deserts” is the result of an intense musical collaboration between the long-established singer and cofounder of Crying Steel, Luca Bonzagni, and Francesco Di Nicola (Danger Zone, Crying Steel, Anims). They have never played in Crying Steel simultaneously: their compositions, created and developed between 2013 and 2018, have given rise to the artistic partnership that then materialized into "God Is A Witness", the debut album of the Anims project (released on April 29, 2022 by Sneakout Records). Now, with the project Krell, they both express themselves in their entirety.
For drums, Francesco Di Nicola, producer of the album, has made use of the unquestionable artistic qualities of Paolo Caridi, a musician with countless recording experiences (Reb Beach, Geoff Tate, Michele Luppi) including his current involvement in the American duo Ellefson-Soto.
Krell is the name of the group, but it symbolically represents a precise objective: it's a way for the artists to communicate in the most up-to-date way, the pure manifestation of classic hard&heavy music that they have both lived and experienced over the years. The lyrics, composed by Luca Bonzagni, transmit emotions, describe sensations, situations and express feelings: elements that have inevitably influenced the singing itself and inspired the title of the album.
The ten tracks were recorded at Pristudio in Bologna, Italy, and have therefore benefited from the long experience of Roberto Priori, who as a sound engineer, as well as an expert musical artist of the rock genre in its broadest sense, has skillfully immortalised the instruments in order to convey the precise intent of each song to the listener.
“Deserts” is set for release on November 25, 2022 via Sneakout Records / Burning Minds Music Group, with worldwide distribution via Plastic Head.