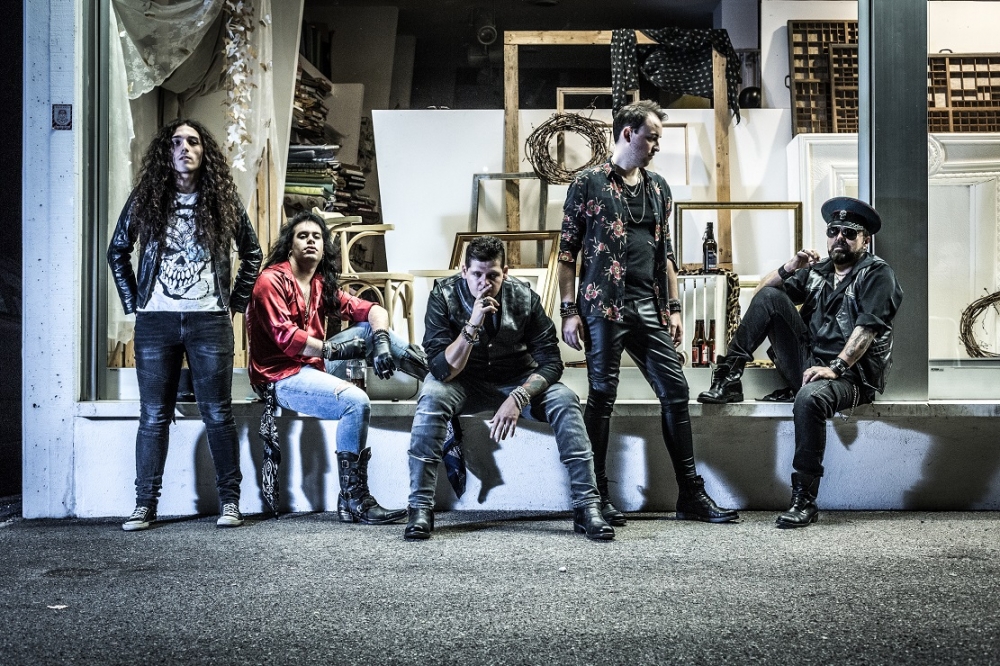 Sneakout Records is glad to announce the signing of Italian hard rockers Stray Bullets for the release of their debut album. Their story begins back in 2007, when this hard rock combo coming from Verona (north of Italy) started to write the first songs together, in order to move their first steps for the making of their first studio album. It took three years to record and self-release "Lost Soul Town", a demo/album with ten tracks entirely played and recorded by the band as a home-made recording. In the following years, Stray Bullets faced a series of line-up changes, which accidentally led them to focus their proposal on a more sleaze oriented rock style. In the summer of 2015, after the meeting with Oscar Burato and Stefano Gottardi of Burning Minds Music Group, Stray Bullets took the decision of putting the basis for a collaboration together, in order to improve the quality of their proposal. The band entered the doors of Atomic Stuff Studio under the artistic guidance of Oscar himself, finalizing (with the line-up composed by vocalist Alex Chinaski, guitar-players Steven Evil and Nick, bass-player Dave Dufford and drummer Zen) the eleven tracks of "Shut Up", which includes most of the songs taken from "Lost Soul Town", now re-written and re-arranged according to the soul and style of the new line-up. A new band, a new album, and a new adventure: Stray Bullets are ready to rock the world with the energy captured in their debut "Shut Up".
Web/Social Links:
https://www.facebook.com/straybulletsband
GO TO ALL THE NEWS