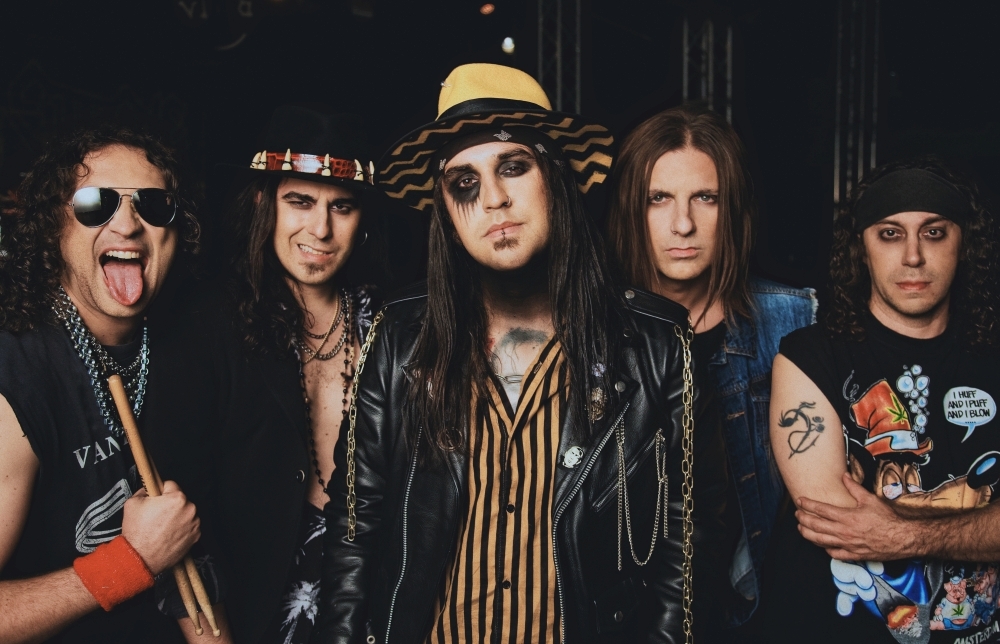 Street Symphonies Records & Burning Minds Music Group are glad to release the video clip for the title track "Scene Of The Crime", taken from Speed Stroke’s latest album; the video was written and directed by the band’s frontman Jack and shot by Filippo Cinotti.
Buy digital / Stream "Scene Of The Crime" now:
http://www.burningmindsgroup.com/street-symphonies/buy/131
Jack states: “Maybe it was all our fault, we drawn the bad luck upon this world. This song, that shares the name with the album, is a love letter to all the places that nurtured our debauchery and raised us as the rockers we are today. Same goes for all the music legends we know, growing their passions in smokey bars, scratching letters on funky wooden tables or analyzing the bands on stage to plan their next moves. The fascination behind these places has always been majestically huge to me and I wanted to pay a tribute to their auras and the effect they have on many of us, musicians and fans. The fact this song was written before but has lived and "breathed" through a pandemic is kind of tragic and ironic at the same time, since all these temples have been taken away from us closing down temporarily or permanently. We lost factories of memories, we lost time spent together, we lost many chances of "killing our darkest times" together and the ones who built/ran these places lost even more. A universe of music workers in danger. My hope is that this song will help bringing back a good time and stand as a hymn of new found freedom in the "Crime Scenes" we love going back to”.
"Scene Of The Crime"  was released on November 6, 2020 via Street Symphonies Records / Burning Minds Music Group, with a dedicated Japanese version published by Spiritual Beast / Universal Music.
Web/Social Links:
www.speed-stroke.com
www.facebook.com/speedstroke
www.instagram.com/speedstroke_official
speedstroke.bandcamp.com
www.burningmindsgroup.com/street-symphonies
www.facebook.com/streetsymphonies
www.instagram.com/burning_minds_music_group
www.youtube.com/StreetSymphonies
spiritual-beast.com
www.facebook.com/spiritualbeast
GO TO ALL THE NEWS