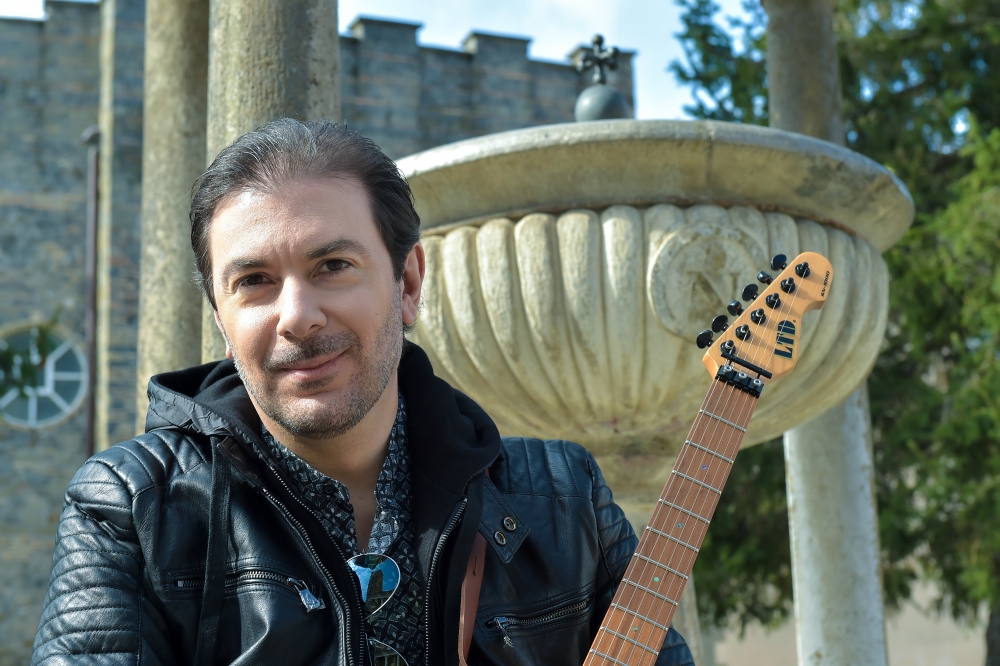 Art Of Melody Music & Burning Minds Music Group are proud to announce the signing of Italian rock sensation, Platens, for the release of the new official studio album, "Of Poetry And Silent Mastery". Platens is the brainchild of talented vocalist, producer, multi-instrumentalist and songwriter Dario Grillo, who decided to continue the legacy started with the first two albums "Between Two Horizons" (2004) and "Out Of The World" (2014), both enthusiastically received by fans and critics alike.
Dario learnt to play guitar at the age of six, and led by his deep passion for music he entered years later the "Vincenzo Bellini" conservatory in Palermo, to further his technique and music skills. He quickly began playing in local rock bands, and in 1998 he joined the well-known power metal act Thy Majestie, which started to raise a solid fanbase around the world (especially in Japan). After two studio albums and one EP recorded with the band, Dario felt the need of exploring new musical territories with Platens, a new musical rock journey where he plays all the instruments, and where he finally had the chance to show his talent and versatility on more melodic rock oriented paths. The debut album, "Between Two Horizons", was released in 2004 by Frontiers Records.
Among 2004 and 2009 Dario has been very busy in his activity as songwriter, producer and composer: he signed his first publishing deal with Fairwest Music Italia, worked with many Italian talented singers and musicians, wrote some jingles for local TVs, and composed a whole soundtrack for an original Italian movie. At the same time he started the works, with his brother Alex on drums and the talented singer Alessandra Amata, on his new band called Violet Sun, a project heavily influenced by the likes of Soilwork, Nightwish, Prodigy, Evanescence, Kovenant & Lacuna Coil. The debut album, "Loneliness In Supremacy", was released in 2010 by Melodic Rock Records.
Now, after seven years from the release of the second official studio album, "Out Of The World" (Melodic Rock Records), Dario's main music project, Platens, is finally back with its strongest effort so far: "Of Poetry And Silent Mastery". The result is a masterful blending of melodic rock sound, AOR oriented melodies and clever heavy influences, all wisely mixed together by Dario's bombastic production work. Further details just like official release date, cover artwork and more will be announced in the forthcoming weeks.