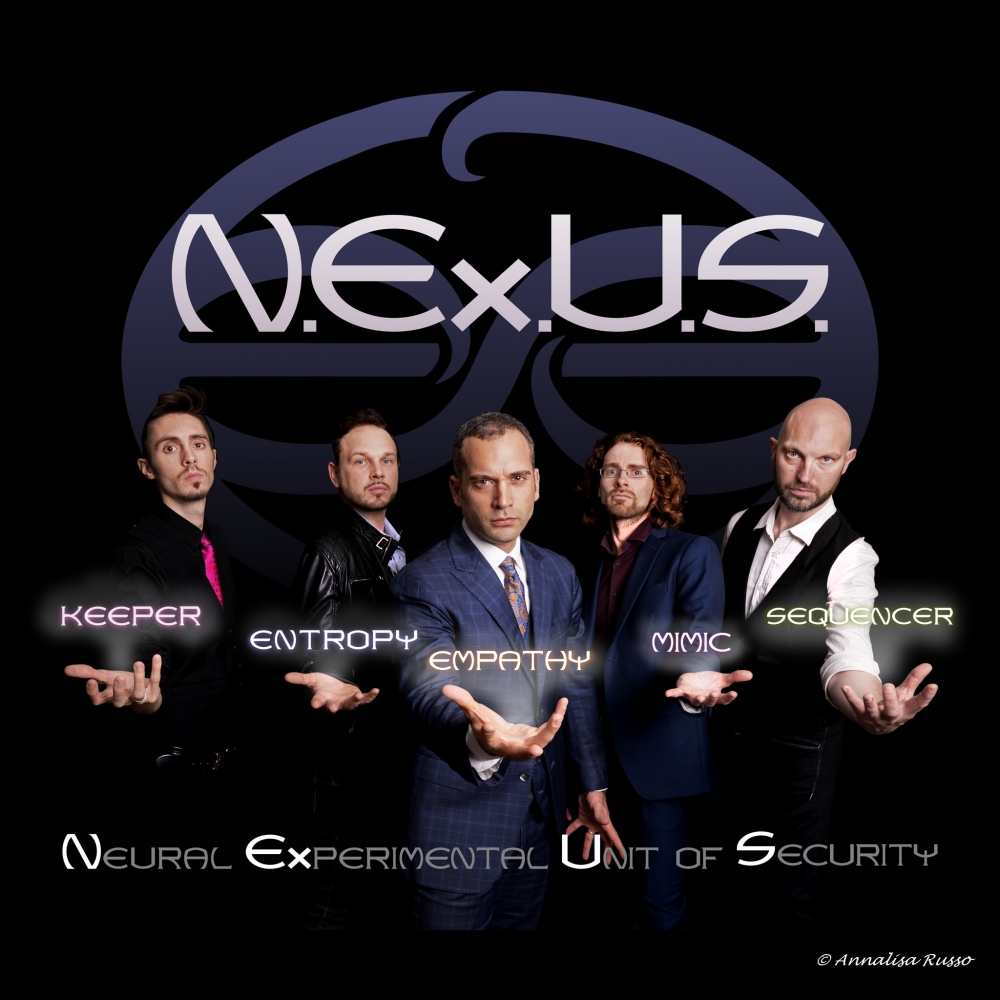 Logic Il Logic Records & Burning Minds Music Group are excited to announce the signing of melodic prog rockers, N.Ex.U.S., for the release of their eponymous debut album. N.Ex.U.S. were formed in 2015 by Christian "Jeremy" Checchin (Guitar) and Fausto "Tex" Tessari (Keyboards), two close friends who, through the years, shared their passion for music, playing in various cover bands. After a brief-but-crucial summit together, they decided to take their artistic career on a next level, and started to compile unreleased material they’d written along the years. New songs were also written to complete the tracklist for what was intended to be their first official studio album. The duo then searched for a skilled singer and a tight rhythm section. Tommaso "Tommy" Galeazzo, Daniele Gallan, and Fabio Tomba were hired on vocals, bass and drums respectively. They approached Italy’s own, extraordinary Alessandro Del Vecchio, sending him some of their demos. Alessandro accepted the task of recording, producing, mixing and mastering, having been intrigued by N.Ex.U.S. since first hearing their material.
Recordings started in 2017 at the Ivorytears Music Works studio in Somma Lombardo (VA - Italy), under the artistic and technical supervision of Alessandro, and his personal studio assistant, Andrea "Girtuga" Seveso. It was clear from the outset that the band would finalize a very personal and professional sound in captivating territories, from classic AOR to more modern progressive rock. After a year of hard work, the album was finally ready for negotiations with Burning Minds Music Group's A&R, Pierpaolo "Zorro" Monti. Amazed by the unique sound of the band, and the talent shown in the recordings by each member, Zorro, together with label manager Stefano Gottardi, immediately offered a deal for the release of "N.Ex.U.S.". The album is planned for a spring 2019 release from Logic Il Logic Records / Burning Minds Music Group. The tracklist, release date, cover artwork, and first single will follow in the forthcoming weeks.
Web/Social Links:
https://www.facebook.com/nexusprojectband
https://www.instagram.com/nexus_project
https://www.burningmindsgroup.com/logic-illogic
https://www.facebook.com/logicillogicrecords
GO TO ALL THE NEWS