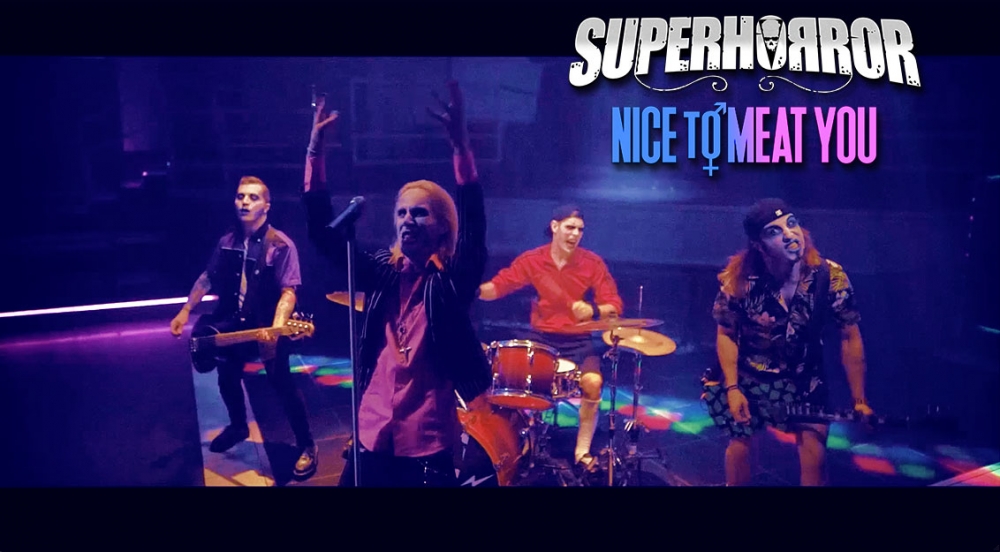 The videoclip of “Nice to Meat You”, second single taken from Superhorror's upcoming album “Hit Mania Death” is out now!

“Hit Mania Death”, fourth studio album of the kinky Italian living dead band, will be released on October 27th by Logic(il)Logic Records / Burning Minds Music Group, distributed by Sound Trek in Italy, AnderStein Music in Japan and Plastic Head in the rest of the World. “Nice to Meat You” is not a simple song about cannibalism – explains Edward J. Freak, frontman and writer of the clip's script – it deals with men-women relationships' dynamics, and that's what we wanted to bring to light in this crazy videoclip, pure Superhorrorstyle”. After “Nekro-Nekro Gym”, Superhorror confirm their love for cinematographic-oriented videoclips, disguise and dark humor.
Web/Social Links: