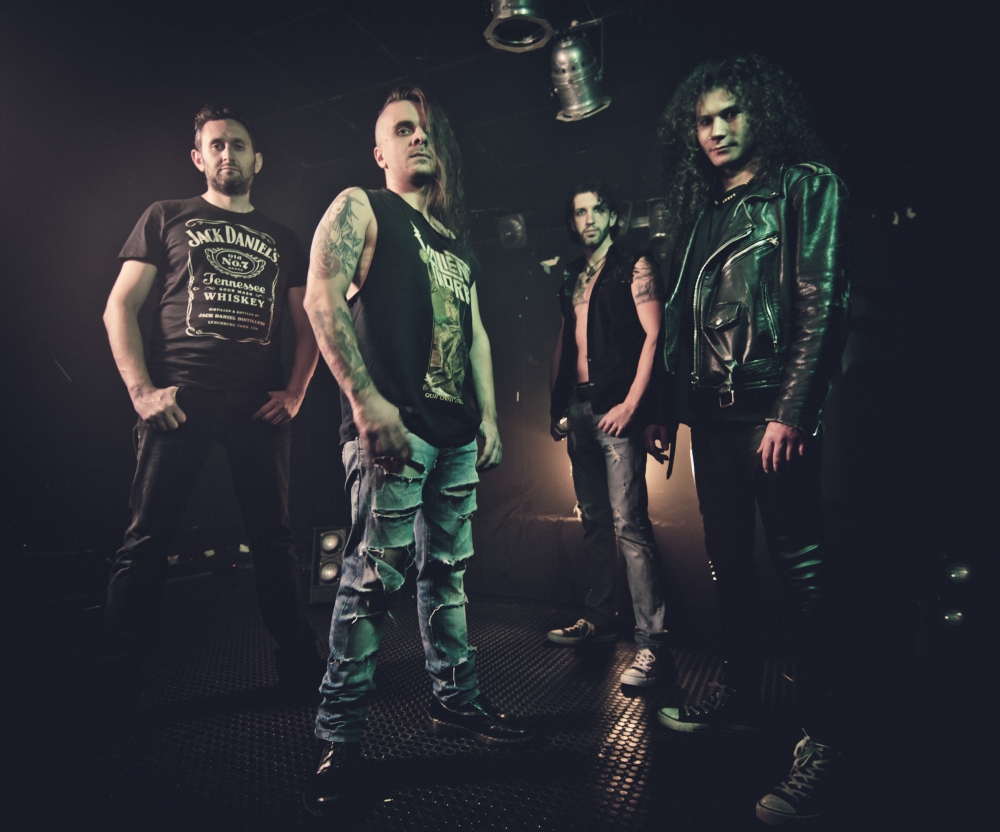 Sneakout Records & Burning Minds Music Group are glad to announce the signing of Italian hard rockers, X-Plicit, for the release of their official debut album "Like A Snake". After the positive receptions received worldwide by his personal project Skill In Veins (which saw a line-up of respected musicians including the likes of Alessandro Del Vecchio, Nik Mazzucconi, Francesco Jovino & Gabriele Gozzi), guitarist Andrea Lanza decided to move on and founding a brand new live band, involving his longtime friends Sa Talarico (Aeternal Seprium) and Giorgio Annoni (Longobardeath, Homerun). After the meeting in 2018 with frontman Simone Zuccarini (Generation On Dope, Razzle Dazzle, Norimberga, Torque, The Wetdogs), the four-pieces combo started to write some own material together, in order to lay down the basis for their first studio album.
After a considerable number of gigs, that helped the band to grow further in strength and confidence, X-Plicit finally decided to make the next step, entering the studio to start the making of their official debut album. Recorded, mixed & mastered by Giorgio Baù @ ProofOfSound Studio, "Like A Snake" offers a brilliant and biting hard-rock approach, influenced by the likes of Guns N' Roses, Skid Row, Aerosmith and Badlands, but presented with a more personal and modern approach. In 2019 X-Plicit signed with Sneakout Records / Burning Minds Music Group for the release of "Like A Snake", which is expected in May. Further info about official release date, final tracklist, cover artwork and first video single will follow in the forthcoming weeks.
Web/Social Links:
www.facebook.com/XplicitHardRockOfficial
www.instagram.com/xplicit.official
www.facebook.com/sneakoutrecords
www.burningmindsgroup.com/sneakout
www.instagram.com/burning_minds_music_group
GO TO ALL THE NEWS